Showing posts from December, 2015
Show all

Trek from Gangotri to Gaumukh 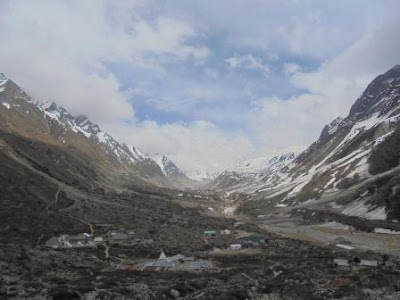 Gaumukh is the origin place of one of the sacred river of India i.e. Ganga. The place is situated between the serene beauty of Inner Himalaya in the state of Uttarakhand. Its a very pleasant trek, snow covered mountain will follow you all along and the beauty you will come across is beyond words. Gaumukh is situated in the Uttarkashi district of Uttarakhand state of India. It is 18 km. ahead of main temple of Ganga in Gangotri, so most of the pilgrimage go to the Gangotri but few daring one complete their journey by traveling the trek of 18 km to Gaumukh. Bhojwasa Journey starts from Dehradun the capital city of Uttarakhand. You have to depart early in the morning if you want to complete the journey to Gangotri in one day. You can either go through jeep or the state government bus service to Uttarkashi. Gangotri is again 100 km from Uttarakashi, usually you could find jeep to Gangotri till 3 PM. After reaching Gangotri arrange for a hotel or you can also acc
6 comments
Read more

During the Sino-Indian War in 1962, which it lost terribly, India felt the need of ingenious missile system. Keeping in mind the same need for  missile system for Indian forces, Defence Research and Development Organisation (DRDO) launched  the Integrated Guided Missile Development Programme (IGMDP) in July 26, 1983. The principal aim of IGMDP  was to develop a family of strategic and tactical guided missiles based on local design and development for three defence services. Dr. Abdul Kalam, who had previously been the project director for the SLV-3 programme at ISRO, was inducted as the DRDL(Defence Research & Development Laboratory) Director in 1983 to conceive and lead it. Dr. Kalam, headed a Missile Study Team to weigh the feasibility of the programme. Keeping in mind the requ
Post a Comment
Read more
More posts