legal rights in India for women 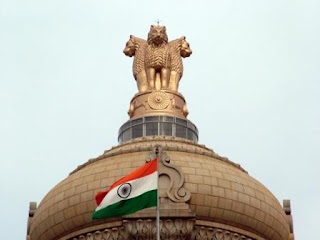 In the last post, we discussed the safeguards present in the constitution of India for women in the country. Apart from a strong constitutional framework to achieve women's empowerment, the government of the country from time to time frames the laws necessary to fight against the ills present in society that are hampering the development of women.

The lawmakers of the country have always considered the aspirations of the people living in the time. When the constitution was framed, then too, it was all aspirations and goals of the society at that time which provided the foundation for the constitution, and later on, with the passage of time as the society evolved and the people's aspirations changed, those changes were dealt perfectly by bringing in various laws. The government has framed different laws to protect the rights and pride of women like the Protection of women from Domestic Violence Act, Commission of Sati (Prevention) Act, Immoral Traffic (Prevention) Act, Dowry Prohibition Act, and other important Act are present in the country. Be it the issue of triple talaq or women's entry into the temples, society has always been open to discussion regarding these matters.

Some of the important laws present in the country to safeguard women's rights are as follows:
To read about schemes run by Government for women's empowerment click here
Laws women women empowerment