What is Civil Society and how it Evolves 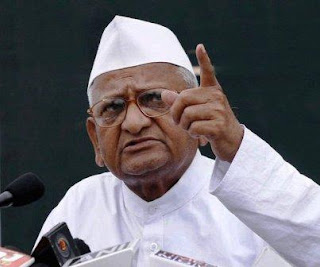 Civil society is a nucleus of independent political activity, crucial in countering the tyranny of the state. It represents the domain of society where ideas are publicly exchanged, associations are freely formed, interests are organized, economic activity functions autonomously, and legally protected rights and institutions of everyday life. Civil Society is a non-state sphere of political life. As it is an essential component of democracy, civil society is generally absent or rather weak and ineffectual in authoritarian, militarist, and non-democratic countries. It provides a buffer between the individuals and the state. Civil society is the site where the actions of the state can be discussed, influenced, and resisted.

In other words, civil society plays a crucial role in giving consent to the state and also gives rise to the movement to delegitimize it, like the one we have seen in the form of 'Lokpal Movement' to bring Lokpal, raised by Anna Hazare. It is essential in framing policies and laws of the country and is effective only when they are endorsed and accepted, as we have seen in our country, the Right to Information (RTI) which is an important act for the citizens, is framed by Civil Society.

Sometimes it is not easy for them to function in a state. It depends on the advocacies they are doing. Many CSOs are ignored and sometimes branded as anti-national because of their criticism of state policies and actions. Home Minister, in response to the killing of Maoists, once attacked civil society saying that they have restricted the actions of security forces (by raising human rights issues). The government target those civil society activists who are against its policies. The 'with us or against us' philosophy used by the state to condemn civil society is dangerous. By attacking civil society government loses the opportunity to hear the citizens take on any social issue which gives rise to a misunderstanding resulting in a sense of anger, hurt, and humiliation, and ultimately it leads to conflict. It thus loses the battle for 'winning the hearts and minds of the people, necessary for the resolution of any conflict.

Civil society is not appointed by some institution but evolves out of social problems. CSO will not exist in a country that is free from any social disorder. But in a country that is fighting internal issues like corruption and insurgency in India. Civil society acts as a mediator between people's sentiments and the government. Like the one, we saw in Anna Hazare's movement. When something goes wrong in the government, the people who take up the responsibility of correcting that wrong constitute what we call Civil Society.
Indian Society Social India