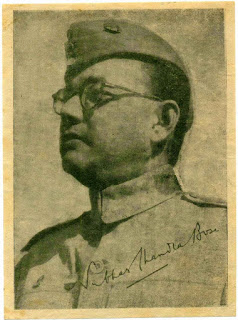 There has been a long discussion about the alleged death of Netaji Subhas Chandra Bose from the time he was announced dead in a broadcast by a Japanese news agency from Tokyo on 23rd august, 1945.  After much public outcry and repeated demands for the declassification of documents by Netaji's family members, the Government of India decided to declassify the files relating to Netaji Subhas Chandra Bose and make them accessible to the public. Prime Minister Narendra Modi on 23 January 2016 released 200 digital copies of declassified documents on Netaji Subhas Chandra Bose at the National Archives of India in the public domain. The national archive of India subsequently released digital copies of these declassified files on 23 January, 29 March, 27 April, and 27 May.

There are two sides to this story, one says that Netaji died on the Taihoku air-field in Taiwan on 18th August 1945 when he was escaping for Russia,  other states that it was the plan of Bose himself to announce the fake news of his death so that he could escape to Russia from the Britishers and there are various other stories cooked by people. Due to the lack of a communication system, misinformation helped to spread rumors. 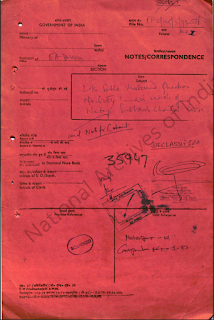 One of the other reason is, Bose had collaborated with Japan to fight against the British empire and bring India freedom, he had already assembled the Indian National Army (INA) and had formed his own provisional government outside of India, so when the news of his death was announced by Japan, Britishers were reluctant to accept it without their own investigation in the matter and, on the other hand, Gandhiji at that time refused to accept the death of Netaji Subhas Chandra Bose, all this gave people of India hope of Bose being alive and they simply refused to believe that their beloved hero is dead (or alive we don't know).

So now that the government has released these documents it should help and facilitate the search for truth. We will assume that we know nothing about this controversy and the stories surrounding it and will try to know the truth based on these documents.  As of now, I have just skimmed through some of these documents, these consist of the Lok-Sabha and Rajya-Sabha debates, correspondence between people and government, and news reports of that time relating to the archives of foreign countries like Germany, Russia, Britain, etc. As this is an archive of 200 documents, it will take time for me to read these, so I will publish a series of posts in the upcoming days and will try to build the truth from the scratch, let us see how close we can get to the truth.